On October 21st, it took place at the MuseoTamayo de Arte Contemporáneo the opening of the 2015 edition of Design Week Mexico.

Design Week Mexico is an organization foundated in 2009, that aims to promote and publicize the design culture to the general public by creating a platform conformed of sundry events. Taking part  architects, industrial and graphic designers, interior designers and students of these and related disciplines.

Fundamentally, this is to involve and try to improve the position of Mexico City within a group of world design capitals such as London, Paris, Milan and New York, besides the recently positioneted Los Angeles, Sao Paolo and Buenos Aires, that every year organize similar to that carried out in our city events. Additionally, it brings significant economic benefits to its participants, sponsors and government officials.

This year, the platform was the guest country to Italy, looking for the potential of the philosophy behind the design of this nation with speeches, conferences, collaborations, projects and documentaries, of which I shall speak later.

For this edition, it also improves the initiative state guest, being Chiapas the selected state, this was implemented in order to create a space for national and international collaboration, which resulted in the project Visión y tradición; a mixture of culture, creativity, traditions and design techniques conducted by Chiapas craftsmen from different communities and invited Italian designers, building a bridge between design and traditional craftsmanship resulting in a unique perspective on the world .

Besides Visión y tradición, various events were held, such as Territorio creativo; an event where designers presented a range of design proposals based on a personally selected topic.

«Design House» is a collaborative exercise in where the organization invites various interior design and architecture offices to transform the different areas of a house. This time, it will not be exactly a house but a hotel in San Miguel Chapultepec neighborhood.

Moreover, Proyecto Tamayo is a multidisciplinary exercise that involves art, design and architecture; a temporary installation in the Tamayo Museum garden that C Cúbica (mexican) and Palomba + Serafin Associati (italian) design firms presents.. It will be open until March 2016.

Stated generally, it seems important to raise an obvious question. Why? Because it is vital to understand the necessity of a space to give publicity to the culture and scope of design and architecture in the country; ensuring that the public understands the benefits that design can bring to their lives.

Finally, I would like to talk about the conflict that arose from the beginning as «locate» Mexico City among the group of world design capitals.

By 2018, Mexico City was chosen as World Design Capital, defined as an event that celebrates the design and improvement of life of the inhabitants of a city through it.

Talk of processing capacity and reinvention of Mexico City, becomes complex for several reasons. Certainly the city is already a world leader, is a very dynamic city and a focal activity center for Latin America; but its far of truly becoming a world design capital.

This appointment is an opportunity and a responsibility at the same time. The city will be in the spotlight for its ability to boost domestic architecture and design.

In our time, more than half of the world’s population lives in urban areas; the cities then face dramatic changes on how they adapt their growing populations to their territory, and at the same time, how to generate effective strategies and scenarios for economic development. Thus, those who are responsible of planning, designing and managing cities take a fundamental and very important role.

In this scenario, the design has become an increasingly important tool at all levels of development; for cities design is used not only to do business, but to increase the quality of citizens´s life as well as a government tool to make the cities more attractive, more liveable and more efficient places.

What remains now is to ask if Mexico City is ready to be a world capital; about that, Augie Van Biljouw, communications director of the World Design Capital committee says;

«To Mexico City, to become a world capital is an opportunity for growing and entrepreneurial community, to build a more livable city, embracing old and new plans to showcase the innovations of the design in terms of urban planning.»

All this; the organization of Design Week and other similar events like the Mexican Open Design- leave only uncovered a powerful impediment to become a truly «livable» city; the extreme differences, turning radical which can be from one street to the side one.

In my opinion, all the expectations are placed in a few neighborhoods, so I am reluctant to believe that the city is ready for such an appointment. Mexico City is not La Roma, Condesa, Polanco, Chapultepec and Hipodromo neighborhoods, the city is also Iztapalapa, Doctores and Buenos Aires neighborhoods and in that sense, we are far away to equate the City with Milan, Paris, or any other city. It is true that the situation has improved, we have generated proposals that bring us together and routed to the potential development may have as a city, but be aware of the great distance still to be traveled.

In the end, as a spectator only wait for the expiration of two years left to 2018, and observe critically, if in those years the exposed gap narrows a little more. 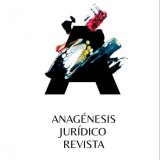